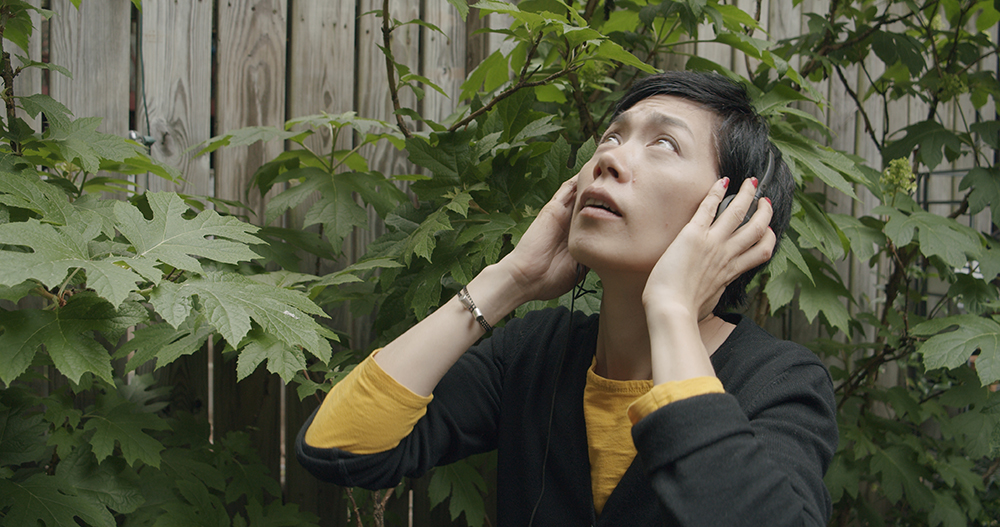 Combining moving image, stills, surreal animations and a haunting sound score, Lessons in Lost Time features performer Saori Tsukada along with other downtown New York acting luminaries including Jim Fletcher. This experimental narrative delves into the intangible, ephemeral nature of time and its connection to performance, storytelling, reality and personal identity, culminating in phantasmic visions of a looming apocalypse (either real or imagined). Fueled by the difficulty and strangeness of the past two years, the film also incorporates the pandemic itself as a traumatic undercurrent, deepening the overall mood of fear, isolation and displacement, heightened by ongoing social and political turmoil.

As the days and seasons blend into a distorted wash and time becomes more slippery, the film reveals her mounting sense of loss, disorientation and hysteria as she grapples with psychic disruptions, unexplained hallucinatory episodes and supernatural (or alien) disturbances. With its vivid photography, mesmeric tone, and unsettling, minimal soundscape, the film conjures a slow hypnotic mania, which builds steadily towards an understated yet startling climax.

Lessons In Lost Time is made possible by the New York State Council on the Arts with the support of Governor Kathy Hochul and the New York State Legislature and has been developed during residencies at Yaddo, MacDowell and 4Heads on Governors Island, NYC.
Close Menu